The 1960's era enclosed mall was redeveloped into a Tuscan themed village featuring over 772,000 square feet of retail,dining and entertainment. At the heart of the village is Century Theaters a 4,000 seat, 20 screen megaplex. The project opened in fall of 2005.

Bella Terra has a City owned parking structure that was paid for by a $15 million developer advance. The Redevelopment Agency began repayment of this loan in September of 2007 after the Second Implementation Agreement to the OPA was approved by the Agency.

The Village at bella Terra is a proposed mixed-use development, immediately adjacent to Bella Terra on the former Montgomery Ward Site. the project will be composed of 467 residential units and 167,613 square feet of retail of which 154,113 square feet will become a Costco.

The Redevelopment Agency has also entered into an Affordable Housing Agreement in which site generated tax increment will assist in financing the construction of 43 moderate income units and 28 very low income units for a total of 71 affordable units. 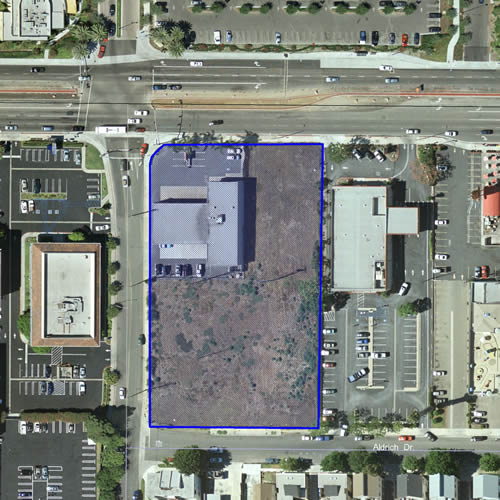 The Edinger Hotel site property is owned by the Successor Agency to the Redevelopment Agency of the City of Huntington Beach. The majority of the site is vacant and the remaining portion is currently tenanted by Big O Tires. The site is 1.9 acres in size.

The City is in contract with a Developer who is purchasing the property to develop a high-quality, four story, 120 to 140 room, limited service hotel. The Developer is currently processing entitlements and anticipates starting construction in 2014.

Other downtown development projects have an ability to increase retail sales tax and transient occupancy tax through primarily visitor-serving uses. A number of projects are nearly complete or are moving ahead.

The map below shows the overview of the downtown area and the general locations of the major projects in the area that are described more fully below. 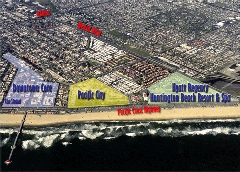 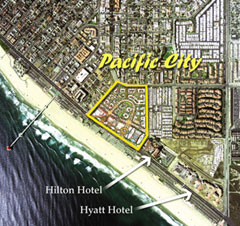 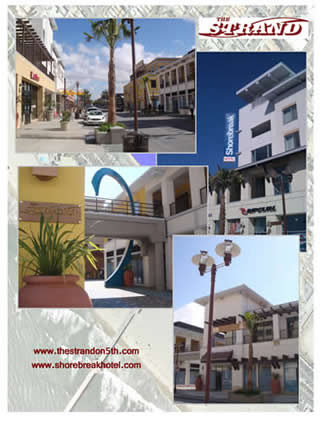 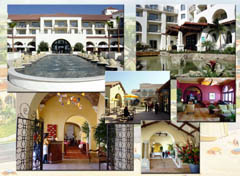 
The amount of solar energy that strikes the Earth in one hour is more than enough to provide all of the Earth’s energy needs for a complete year.  Learn more about Solar.