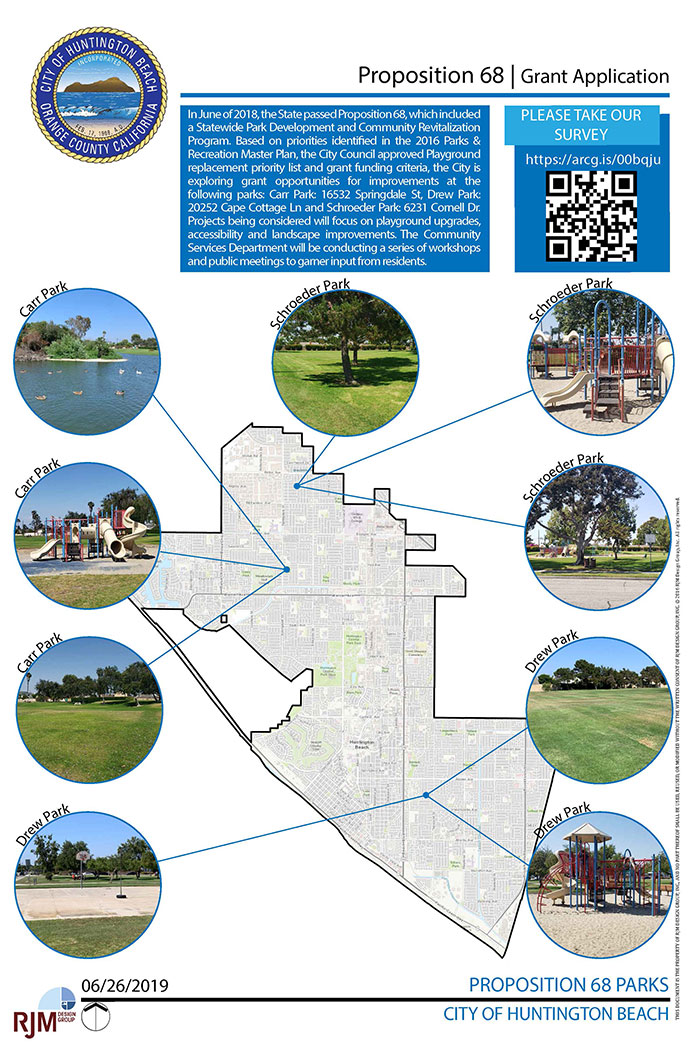 In June of 2018, the State passed Proposition 68, which included a Statewide Park Development and Community Revitalization Program. Based on priorities identified in the 2016 Parks & Recreation Master Plan, the City Council approved playground replacement priority list and grant funding criteria. The City is exploring grant opportunities for improvements at the following parks:

Projects being considered will focus on playground upgrades, accessibility and landscape improvements.

The Community Services Department will be conducting a series of workshops and public meetings to garner input from residents.